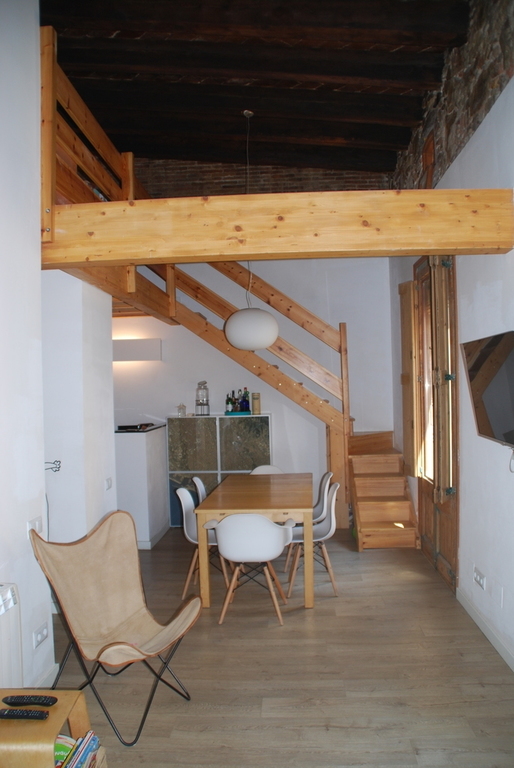 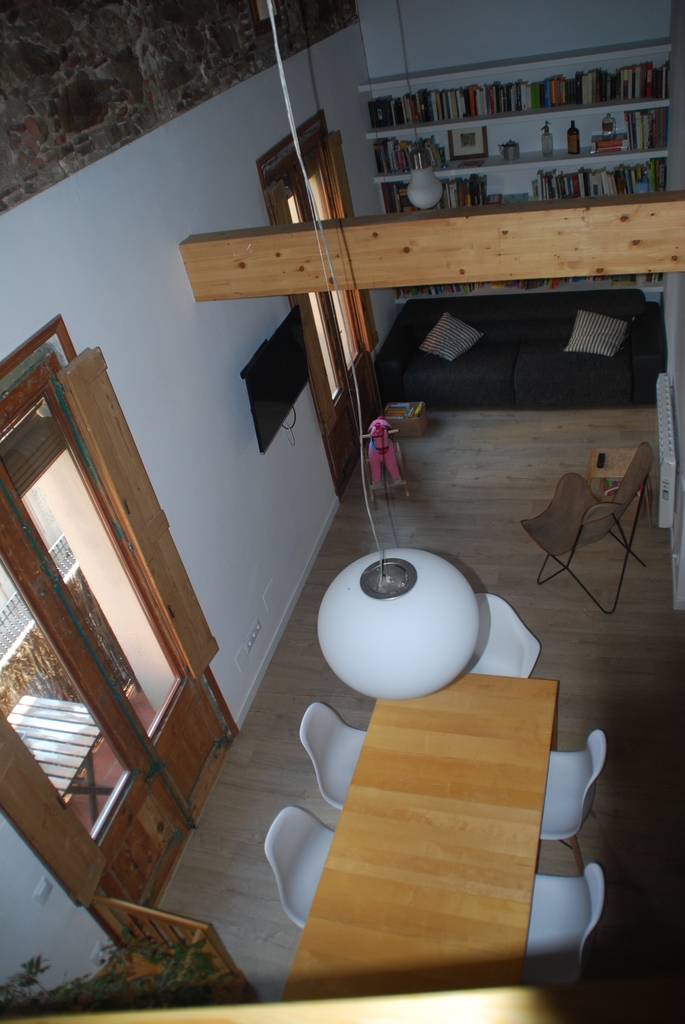 Dining-room and Living-room from the stairs

Cozy apartment in Barcelona. No more available for summer 2019

Apartment located in the center of the historic district of Sants, one of the liveliest and most commercial districts in Barcelona, as well as one of the best communicated. The central train station of Barcelona-Sants is about 400 meters from the apartment. The apartment is a 1-minute walk from Plaça de Sants Metro Station (L1, L5) and a 15-minute metro ride takes you to Plaza Catalunya in central Barcelona. Sants-Montjuïc is a great choice for travellers interested in culture, monuments and architecture.

In the vicinity of the apartment there are important sights of the city. Montjuïc Mountain, famous for its magic fountain show, is a 25-minute walk away. Camp Nou is also a 25-minute walk away. The neighborhood has a wide commercial offer in the axis of the main street of Sants and in the Commercial Center Las Arenas in Plaça Espanya, and also a great offer of bars and restaurants in its streets, especially in the surroundings of the Plaça d'Osca. For food supply there are several supermarkets and the historic Mercado de Sants, where you can find fresh produce. The Espanya Industrial Park, which has playgrounds and basketball courts, is very close to the apartment.

The apartment is located in a 19th century estate, and it was renovated in the year 2015. It is a cozy house of 100 square meters, with high ceilings and spacious spaces, where wood plays an important role. It has a living room with double space with 2 balconies to the street. The kitchen, which has an adjoining pantry, is open to the dining room, which communicates with the upper part of the double space that performs the study functions. To the rear it has 2 bedrooms and a common space of both. One of the bedrooms has a double bed, and the second bedroom has bunk beds and a single bed. The house has 1 bathroom with shower. The apartment has fiber optic network, Netflix, PlayStation 4 and Nintendo Wii.

We are a family of 5 people composed by Carlos, 40 years old and librarian at the University of Barcelona. Meritxell, 40, and architect, and her 3 children: Ibai, 11 years old, Noa, 9 years old, and Vera, another 2 years old .

This member has completed 8 successful exchanges. Here are some members that he exchanged with in the past: