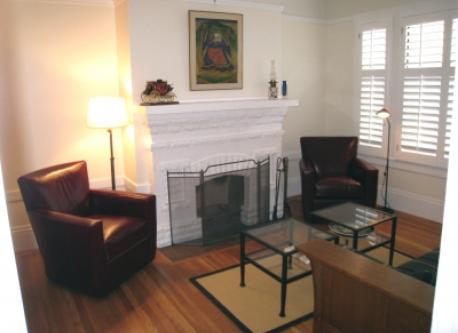 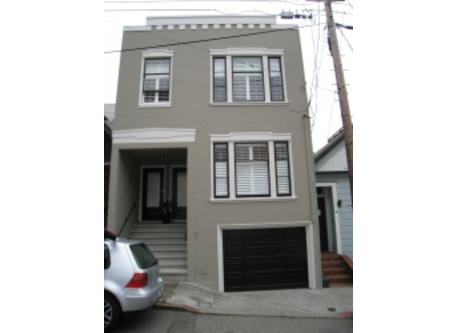 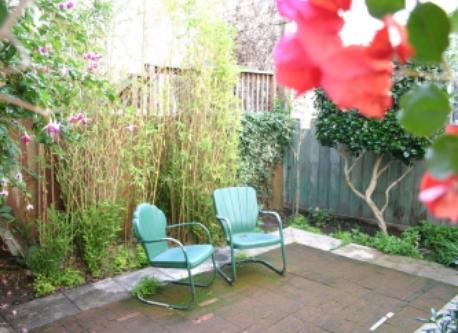 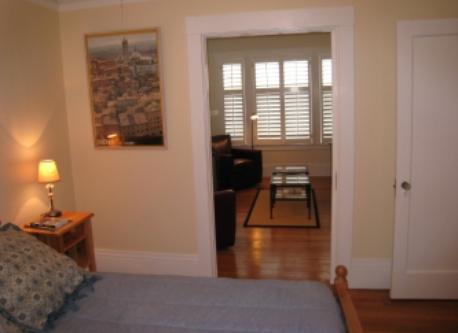 My flat is located on a quiet street off Hyde Street. The Hyde Street neighborhood of Russian Hill was featured in "San Francisco Magazine" which stated:
It's always had charm in spades, but now Russian Hill's Hyde Street is even giving Pac Heights a run for its money. Long considered insidery and exclusive, Hyde Street has stepped out of hiding. People from all over are flocking to this leafy enclave, and they aren't just going for dinner: shops offering antiques, art, and couture are the latest lure. "The neighborhood has changed," says gallery owner Mark Busacca. "Everything staying open late has helped the restaurants and shops mesh together. There's a sense of community, and people know each other by name".  ........  Bill Freeman, 37, who recently bought a house there, says, "It's the most desirable place to live in the city. Pac Heights is too homogeneous; it's the melting-pot feel that makes this place so wonderful."  ..........  Who doesn't love trees strung with white lights, a little cable car chugging along, and a delicious variety of shops, eateries, and bars.
My flat is at 39 Russell Street, right next door to 29 Russell Street where JACK KEROUAC wrote "Dharma Bums".
Recent additions at the flat are: (1) totally remodeled kitchen; (2) free wireless Wi-Fi Internet with a laptop computer for use by guests; and (3) a new flat screen television with cable connection to over 200 television channels.
My flat is available for your use from the first of December 2012 through March 2013.